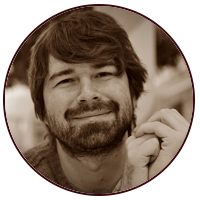 Stefan Spirk, born 1981, studied chemistry at the University of Graz where he also did his master’s (2006) and PhD thesis (2009) both with a focus on synthetic organosilicon chemistry. Afterwards, a one year postdoc in the group of V. Ribitsch followed where he started to work with polysaccharide hybrid materials. In 2010 he was awarded a Marie Curie Fellowship and went to Bielefeld, Germany, where he was working on gas electron diffraction techniques with Prof. Mitzel. Afterwards he went to Slovenia to work in another Marie Curie Project with Prof. Stana Kleinschek on polysaccharide surfaces and interfaces. In 2013 he was appointed Assistant Professor at TU Graz (now at Institute of Paper, Pulp and Fiber Technology), where he obtained the venia docendi for the subject “Chemistry and Technology of Biobased Materials” in August 2017. Now he is about to being promoted to Associate level and currently follows a variety of projects in the field of wood based (nano)materials, either on a foundational level or in industrially funded projects with pulp and paper industry.
He disseminated his research in 61 papers in international journals, several books and chapters and some patents as well as in more than 120 oral presentations at conferences and more than 24 invited talks.