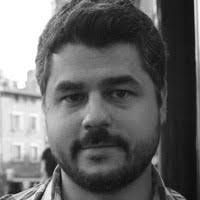 Dr. Luis Miguel Martínez-Prieto received his PhD degree in Organometallic Chemistry from the University of Seville in 2012 at the “Instituto de Investigaciones Químicas” (IIQ; CSIC) under the supervision of Prof. Juan Cámpora and Prof. Pilar Palma (doctoral thesis: “Ni and Pd pincer complexes as a model to study the catalytic carboxylation of alcohols in homogeneous phase”, 2007-2012). During these years, he synthesized, characterized and studied the reactivity of a great number of new organometallic complexes. After graduation, he moved to the group of Prof. Bruno Chaudret at the “Laboratoire de Chimie de Coordination” (LCC; CNRS), in Toulouse, France for a postdoctoral stay. During this period, his research was centered on the synthesis, characterization and study of the surface chemistry of metal nanoparticles (MNPs). During this period, he developed the use of typical organometallic ligands such as N-heterocyclic carbenes or secondary phosphine oxides for the stabilization of MNPs. In addition, he designed and synthesized some specific ligands for MNP stabilization, such as imidazolium-amidinate ligands. In July 2015 he joined the “Laboratoire de Physique et Chimie des Nano-Objets” (LPCNO; INSA) also in Toulouse, and he worked exploring new metal nanoparticles as efficient catalysts in the lab of Prof. Piet van Leeuwen. In 2017, he achieved a “Juan de la Cierva” fellowship, which allowed him to start his independent career and to work with new supported/confined metal catalysts and magnetic catalysis at the “Instituto de Tecnología Química (ITQ)” in the team of Prof. Avelino Corma (Valencia, Spain). He is now the PI of two projects: “Intramurales” and “Primeros Proyectos de Investigación” (PAID-06-18), supervising a PhD (Christian Cerezo-Navarrete) and MSc student (Cristina Morales) as sole director.