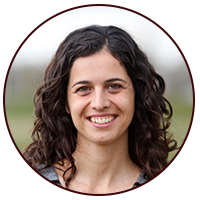 Anna Company studied Chemistry at the University of Girona and performed her PhD studies in the Department of Chemistry at the same university under the supervision of Dr. Miquel Costas on O2 activation at copper and iron-based bioinspired complexes. She obtained her PhD in December 2008 with the maximum qualification «excellent cum laude» and her thesis was awarded with a PhD prize from the University of Girona. During her doctoral studies, she performed two short research-stays in highly recognized research groups. In 2006, she spent 3 months in the University of Minnesota (US) under the supervision of Prof. Dr. Lawrence Que Jr. and in 2007 she visited the laboratories of Prof. Dr. Karl Wieghardt in the Max-Planck-Institut für Bioanorganische Chemie (Germany).

In April 2009 Anna Company joined the group of Prof. Dr. Driess at the Technische Universität Berlin (Germany) as a postdoctoral researcher thanks to the funding from a Marie Curie Intra-European Fellowship (2-year contract). Her work focused on the study of the mechanisms of O2 activation at nickel centers and the study of the reactivity of the resulting nickel-dioxygen adducts. Noteworthy, during this period she won the 2010 Dalton Young Researchers Award, awarded by the Royal Society of Chemistry to a young European inorganic chemist.

After the two-year stay in Berlin, Anna Company returned to the University of Girona with a “Ramón y Cajal” contract (2012-2016) and she started her independent research line in January 2013 thanks to the funding from a Career Integration Grant from the European Commission (CIG – 100,000 €). Since January 2017 she is appointed as Research Director at the University of Girona. Together with Dr. X. Ribas she has been awarded as PI with two projects form the Spanish Government in 2013 and 2016 (135,000 € each). Currently, her research focuses in the detection and characterization of reactive species based on first row transition metals involved in C-H activation reactions to form C-O, C-N or C-Cl bonds. During this period she has won three awards: Young Researchers Award RSEQ sponsored by Sigma-Aldrich (2017), RSEQ Lilly Award for young researchers (2016) and Clara Immerwahr Award (2015).